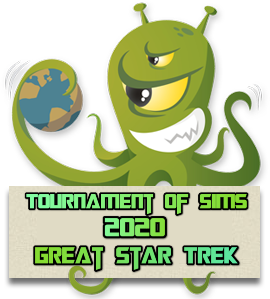 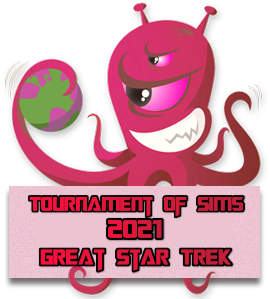 Recovered from a mirror universe and studied by Starfleet’s Corps of Engineers and Starfleet Research & Development, the USS Standing Bear-A (NCC-80572) aka “Standing Bear II” was previously known as the starship Finney. Presently one of a kind, this starship is being field tested under the command of Captain Pippa Whitley and their crew for potential in using and reproducing its design and technology for future Federation service.

A Ulaan class starship, the new USS Standing Bear is a compact and resilient vessel armed enough to return fire with its respectable survivability rating; however, in our universe the Federation has determined this designed ‘destroyer’ would best be suited in the role of a blockade runner or reconnaissance vessel. Equipped with cloaking technology and an advanced drone bay full of advanced multi-purpose drones and probes.

The Ulaan is comprised of a primary hull and two warp nacelles in a dorsal/ventral configuration, reminiscent of the old Saladin- and Akula-Classes. While this configuration makes the vessel less flexible in warp navigation, paired with powerful impulse engines it allows for remarkable maneuverability at sub-light speeds.
For its size, the Ulaan class deploys an exceptionally powerful sensor array, both to update navigational star-charts of its assigned patrol sector, as well as to detect potential incursions and identify unknown vessels accurately at a distance.

The primary saucer section of the Ulaan extends into an advanced drone-bay allowing for the rapid deployment of probes and drones. To control this miniature fleet, the Ulaan is equipped with an additional computer core and separate encrypted transmitters, allowing for the swarm to be controlled directly with increased protective measures against interference or hijacking. 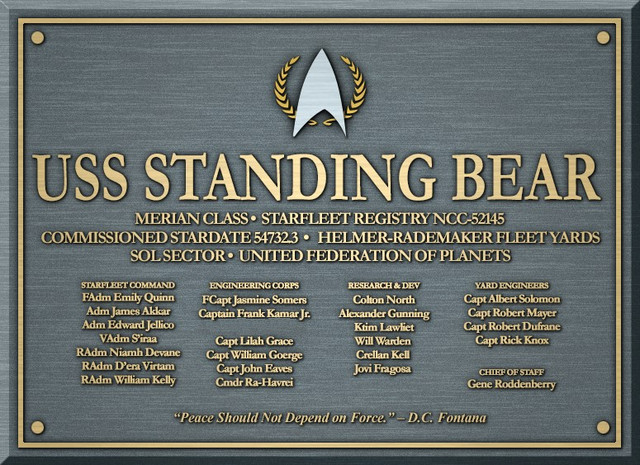 CHECK OUT OUR FRIENDS AT: